メインコンテンツへ移動
Sopwith Tabloid
This plane lost one float in an accident before a race. And the plane slices a left float in half and goes to Monaco. The plane which was about to set was expressed a little with “an ugly duckling” without buoyancy being enough. However, I won the championship and became the swan. 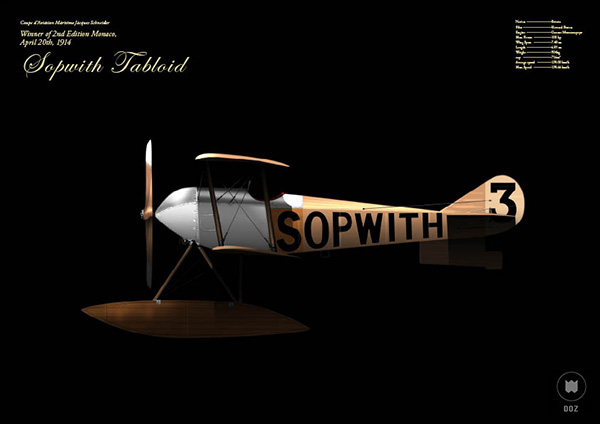